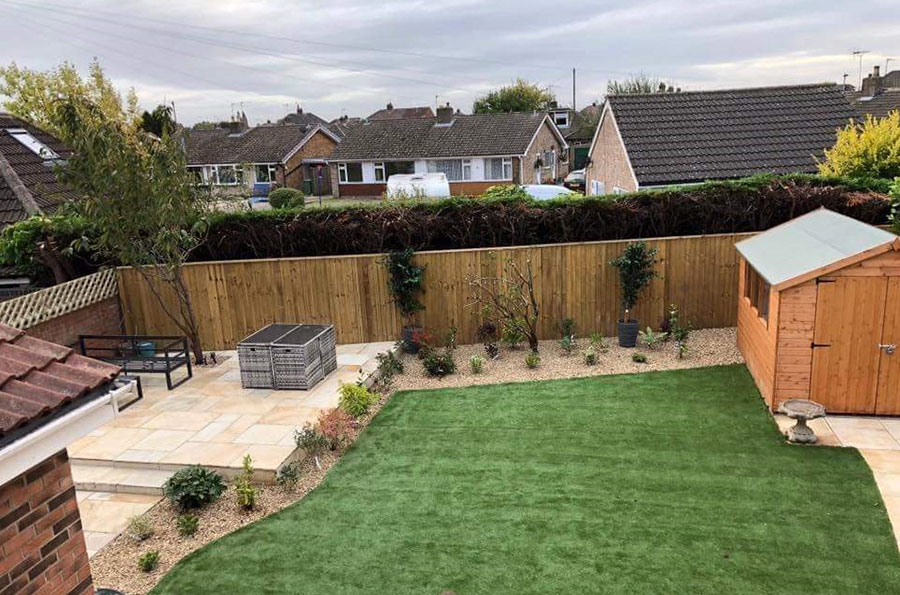 A complete garden overhaul compromising of a new fence, shed and shed base, patio and artificial turf. This family have 3 dogs so needed something low maintenance, no turf for the dogs to dig up, and in general a garden that was easy to use! We ripped out all the overgrown shrubs and trees and replaced them with a new planting scheme that included evergreen plants such as Rhododendrons, Photineas and Hebes. The borders were completed with a layer of 20mm golden gravel. A new, raised patio was installed using Golden Fossil Indian Sandstone, adding a step and path leading from the original patio. On the other side of the garden a new path ran up to the shed that replaced the old rotten unit, again using golden gravel in the borders to tie them in with the paving. Gone was the old, stained and uneven lawn, replaced with artificial turf. No more dogs dragging mud into the home! All this was surrounded by a new 6 foot tall feather edge board fence and gate. 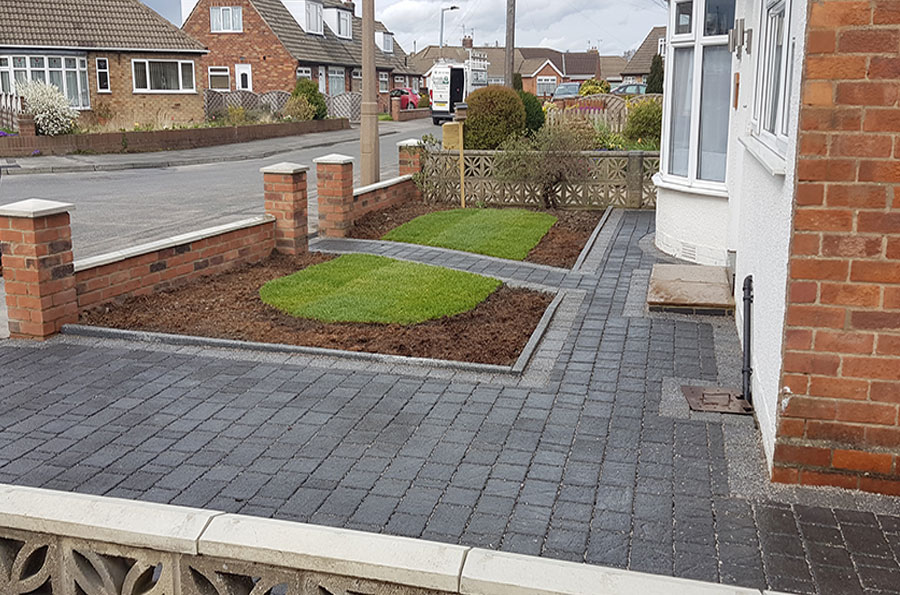 A very dated and bland driveway and garden were in much need of a major overhaul here! We started this job by getting it all back to basics by breaking out all the old concrete and boundary wall. All the old gravel in the front garden was gone, and old turf in the back garden ripped up and disposed of. Starting in the back, we laid fresh new locally sourced turf, allowing space for new plants to add a bit of colour around the boundary. At the far end, we erected 4 timber posts, and threaded steel wire through them to create an area for some climbing plants. We laid the new paths around the house, garden path and driveway with Marshall's Granite Block Paving, edging it with Marshall's Grey Block Paving to really enhance the colours. New walls were built along the driveway and at the front perimeter topping them off with new copings. And to finish the front off, a new oval lawn was laid, split by the garden path. 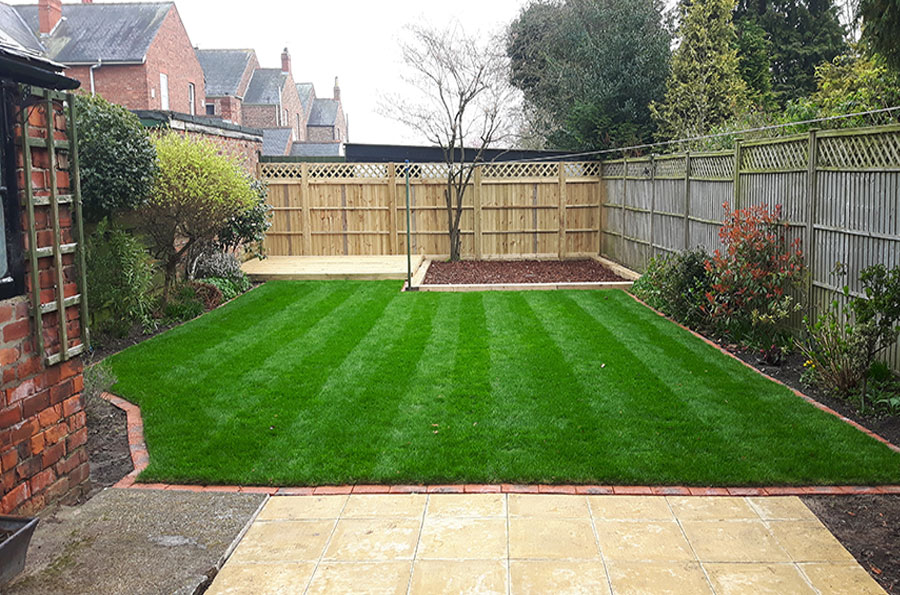 Trying to create a garden for both adults and kids! With this garden, it was overgrown and nowhere for the kids to play, so we turned it into neat and tidy space for everyone! In one corner we created a play area for the children. Special play bark was ordered in and spread about, using raised sleepers to stop the bark contaminating the new lawn. In the other far corner, we built a raised decking area for the adults so they could kick back, relax and keep an eye on their little ones at the same time. The whole area was finished off with a new lawn, surrounded by terracotta blocks.